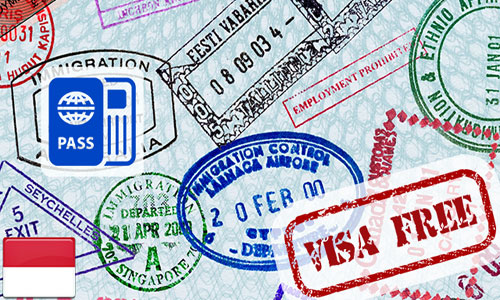 According to a leading Indonesian magazine, there are reports that the country’s government will provide visa-free facilities to the nationals of four additional countries in a bid to raise the inbound count of tourism in Indonesia. Sofyan Djalil, the Coordinating Minister for the Economy, said that the president of Indonesia, Joko Widodo will soon be arriving at a final conclusion proclaiming free visas for four countries, namely China, Japan, South Korea and Russia.

The above promulgation was made at the premises of the National Palace on 13 March, 2015. Once this is brought into force, 19 countries overall would reap the benefits of visa free visits to the Indonesian island. These comprised of 85 percent of the tourist population that arrived in Indonesia. In October, 2014 there were talks regarding inclusion of Australia in this list. But later on it was not reciprocated by them to extend visa free facilities for Indonesian visitors willing to come to Australia.

The countries which are permitted to visit Bali form the structural adjustment now in process in Indonesia. Other things like security of Indonesian agencies against cheating practices and tax incentives are also included under the adjustments.