Application fee for employment-related immigration to dip by $60 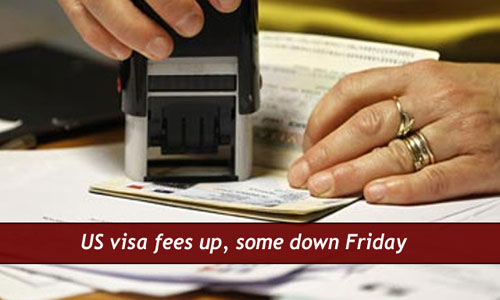 In a major development that’s more likely to increase the number of people coming on HIB visa to USA, the high commission has taken a giant leap, which would reduce the fees of employment-related immigrant visas.
Considered as a wise move and hailed by many immigrants, this new decision would come into force this Friday. The sources have said that there would, however, be no change in the applications that are already under the process. This new decision would be applicable to the applications that are filed after the law comes into force this Friday.
Sources have also said that these changes were pending before the US Embassy for quite some time and the same were released to the press recently.
The current employment-related immigration applicants are required to pay $405. The new law would make the applicants, filing their applications after Friday, to pay just $345.
comments powered by Disqus