Share
Australia has always been a popular destination among the people who are always looking to live and work here. There are many reasons that make this country favorite among people. Better accessibility to the visas, common language, better pay, etc. all these makes Australia, a destination for those who look to live and work. 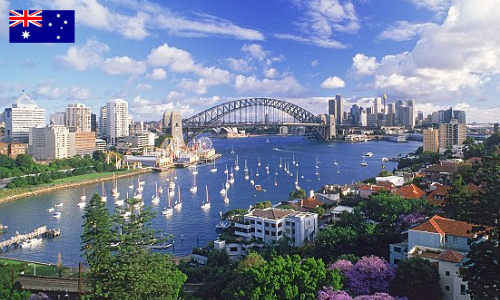 Previously this year, Melbourne was ranked as the most liveable city in the world for the fifth consecutive time in a row, other cities like Sydney, Adelaide and Perth also made its place in top ten. Sydney was declared as the most affordable city for the youth to live previous year, that due to its increased minimum wage.
A common way to migrate to Australia is its temporary skilled visa (457) that permits firms to sponsor the employees from overseas for the period of four years.  If an individual is planning to migrate to Australia, they should begin their planning before completing their education.  Those who want to study in Australia could choose any Australian university and can spend two years to get qualify for the temporary graduate visa that permits the individual to live and work in Australia for one and half year after completing their graduation.
Many people choose to migrate to Australia through its working holiday visa where they can live and earn for a period of one year. Many people find the job before landing into the country and for that selecting a correct employer who could sponsor is very important. An individual on the working holiday visa can look for the sponsor; they should require seeing that the job they had selected is potentially qualified for the sponsorship or not.
For More Immigration News & Updates Follow Us @Facebook
comments powered by Disqus