Share
Australia’s Immigration Minister Peter Dutton, speaking after getting the recommendations by the productivity commission report said, his government will consider the "policy settings" for family visas. The report recommends increasing the visa fees for parent visas. 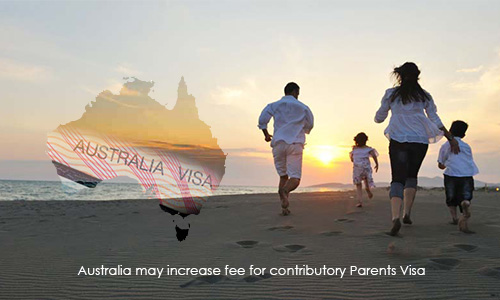 A report by the Productivity Commission which was released last week has suggested the government to increase the visa fees for parents. The present fees $50,000 covers a small part of the taxpayers’ money. The report states that elderly parents cost the country somewhere between $335,000 and $410,000 for each.
Every year approximately 7200 people arrive in Australia, under the family reunification visa programs. They want to get benefited from the Australia’s welfare programs but pay very less tax in return.
During his speech at the Australian Strategic Policy Institute, Mr. Dutton said, the visa system is "overly complex and supported by ageing infrastructure" and in need of further changes.
"Work to simplify and reform the system must go further to better position us to deal with the increasing demand from travelers,"
He also said “the costs of visas for the families of those on skilled migration visas were "significant".
"Each year around 130,000 places are made available for skilled persons and their families to migrate permanently to Australia, and around 60,000 places are available for families of Australians to do the same. These numbers are substantial and capable of having a significant impact on the labor force and welfare costs into the future."
For More Immigration News & Updates Follow Us @Facebook
comments powered by Disqus