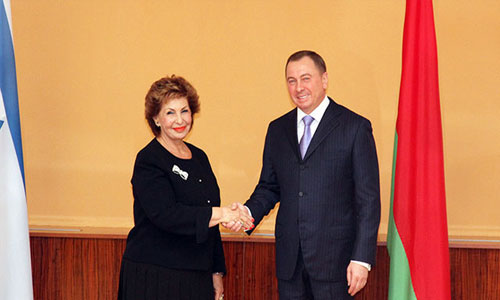 Israeli Ambassador to Belarus Yosef Shagal announced that the accord on free visa tours between both the countries of Israel and Belarus will come into effect 90 days following approval of the act from both the parliaments.
As per the Israel representative, the country’s untimely parliament elections should not devastate the confirmation of accord. In the opinion of the diplomat, the Israel parliament disintegrates by itself the coming Monday, but the members of the parliament wishes to approve the accord before breaking down on7th of December.
From the view of Belarusian ambassador, the document of concurrence is under scrutiny of council of minster and then will be under house of diplomats of the state assembly of Belarus.
Ambassador to Belarus Yosef Shagal conveyed agitate that, few of the applicants are willing to move to Israel without possessing any visa of the country. Only 30 of the individuals have registered their rooms in hotels priorly and have brought their tickets, but have not filed an application for visa to the Israel Embassy that is located in Belarus.
Even though the free visa plan between both the nations is in force, all the tourists require a visa to enter the country till it gets disclosed officially. And the date of formal act of putting an end to the regime will be declared soon by the officials of the countries.
On 19th of September Israel and Belarus have signed an accord to remove visa norms for the country’s passport holders.
For More Updates Follow Us @Facebook
comments powered by Disqus