The European Union's proposed yesterday that British travellers no need visas to visit bloc (Europe) after Brexit visit. The Deputy head, Frans Timmermans said in Strasbourg that "The Brexit agreement with Britain was a bloc's finest solution. Currently, very acute bargains are ongoing. It is fixed that although European Union making progress on this, we are not yet there. We have discussed various problems regarding our no-deal scheme. We are putting efforts into a good deal and let's announce that it is our preferred choice. But we have to get ready for all other choices", he added. 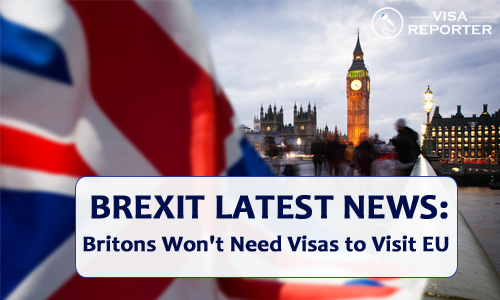 The Commission declared that Britons would not require visas to live up to 3 months. In an outline where the United Kingdom leaves the Europeans without a deal, this will be applied as of March 30, 2019. If this will deal reach, however, it will apply up to the end of the transition period. This visa-free proposal is completely conditional upon the UK also allowing non-discriminatory and reciprocal visa-free travel for all EU's, he said.
After speaking with EU Brexit negotiator Michel Barnier, Timmermans updated the European Commission on negotiations with British. While this deal will approve in December, delays increase the risk of the most damaging situation of Britains leaving the Europen Union next March without visas in place to reduce its impacts.
For More Immigration News & Updates Follow Us Facebook
comments powered by Disqus