Share
Theresa May has been serving as the UK’s Home Secretary since five years, and throughout her term she has been speaking about decreasing the immigrants entry into Britain. Current statistics had revealed that the total number of migrants who entered in the UK stood at 3,30,000 which is the highest ever.
In a recently held conference, the Home Secretary told that migrants who are wealthy enough and those who are fit and capable for visiting the UK shall not be provided the facility of the asylum in the country. 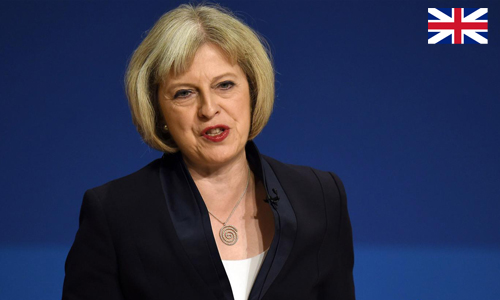 In her speech, the Home Minister Theresa May told that consistent society was not possible with high rates of migration.
According to her, UK’s immigration has been a cause for job loss which has led to the undercut of salaries for workers who are poorly paid.
Her claims got contradicted by a report put by the department in the last year. The report revealed that there is no evidence for supporting that any displacements of the UK’s citizens has caused by the migration at the time when the country’s economy has strongly performed.
However, the Home Minister also  says that the UK will make a difference between individuals and migrants who try and get a claim of asylum after violating the visa system or those visiting from safe nations.
Many people had criticized the speech from the Home Secretary. According to them, the speech was irresponsible, and it also encourages sentiment of anti- immigrant.
For More Immigration News & Updates Follow Us @Facebook
comments powered by Disqus