British nationals wants to leave EU due to immigration fears

Share
According to a survey made by pollsters Survation, a majority of the British nationals would vote to leave the EU. As many as 51% of the British nationals want to leave the EU, and 49% would like to vote to leave, in today’s held referendum on the membership.
Britain is member of the EU since the 1970's and always had an uncomfortable relationship with the bloc, and it is among other small countries that are opting  out on certain matters like single currency membership, elimination national border patrols. 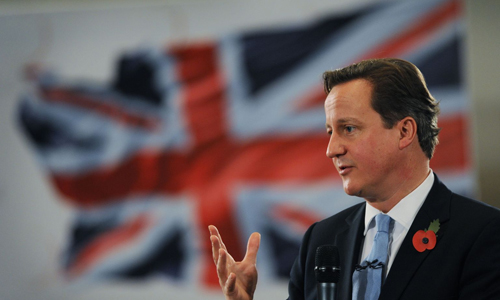 This year, Britain has allowed about half a billion migrants to move into the country, despite maintaining its border that has lead to total migration of 3,00,000.
Desperate efforts have been made to control the increase in the population; the government have imposed restrictions on migrants from outside of the EU. This has resulted in the denial of professionally qualified nationals that are making ways for unskilled migrants. Current rules are also stopping Britain from preventing the convicted criminals from entering the country and deporting them back.
Prime Minister David Cameron, in the previous elections had presented a referendum on the membership before the year 2017. He also put an offer to lead the “in” campaign if he extracts some concessions from Brussels.  And these include removing the rights of immigrants who before getting a job claims welfare checks.
For More Immigration News & Updates Follow Us @Facebook
comments powered by Disqus