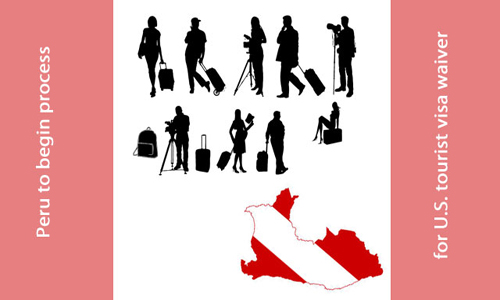 According to news of last Wednesday, the recently elected president of Canatur (Peru's National Tourism Chamber), has stated that he would soon urge Ollanta Humal, who heads the present government to enable or facilitate the processes which would begin or bring about the facility for a visa-free entry for Peruvians to the US.
Mr. Jorge Jochamowitz, stated that this kind of a process is typically long and much depends on the US administration, but he said that he was optimistic in this regard. He also stated that he had the impression that the US looks upon providing such a facility to Peruvians as a distinct possibility.
But, he added that the US lifting the entry-visa requirement would possibly be done (only) when the EU implements the visa-free entry regime for Peruvians by 2015. On last week’s Tuesday, the Ecofin (The Economic and Financial Affairs Council of the European Union) had passed a regulation that would allow visa-free entry to Schengen countries for those from Peru, after it has evaluated the situation there. Only recently, the United States scrapped the necessity for an entry visa for the citizens of Chile (another country in South America), the talks for which waiver began in 2011.
comments powered by Disqus