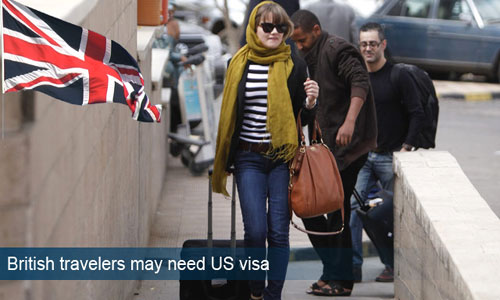 Administrational changes and approval of UK passport renewals may necessitate some passport holders of Britain to acquire a visa before travelling to the United States.
Alden McLaughlin, Premier of Cayman Islands, has discussed regarding this as part of problems undergone with changes prepared by the British Passport Office in sending back the passport printing to the UK, a measure that is likely to affect passports of British Overseas Territories by next year.
British passport office has introduced a passport renewal for one year for people, who require traveling overseas to aid with the delays. Foreign territory residents who possess UK passports can use the renewal passports.
On the other hand, McLaughlin said that in the event where the one-year renewal passport holders have acquired visa waivers under U.S.A’s Electronic System for Travel Authorization program in the past would have to apply for a full visa in order to travel to USA.
Territories including Cayman, Anguilla, the British Virgin Islands and Montserrat, have plans to maintain their territory names on travel documents.
comments powered by Disqus