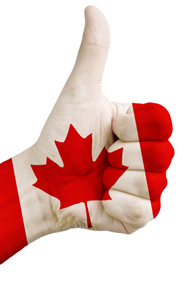 To visit Canada, citizens of Czech Republic do not need a Temporary Resident Visa (TRV) and can now live in Canada for up to 6 months without a visa. This is in-line with all other visa exempt nationals who can visit Canada without a Visa.

The Citizenship and Immigration Minister of Canada, Chris Alexander said that strong ties with Europeans is valued by Canada and after working for some time with Czech officials, Canada is pleased with the prospect of extending visa-free entry into Canada for Czech citizens.

He added that this step is a testament to the solid relationship between Czech Republic and Canada and strengthens the Canadian government’s commitment to promote legitimate travel and trade.

Alexander explained that the Czech Republic’s latest visa policy review revealed that the country meets the criteria for Canada Visa exemption. The Visa Policy of Canada is based on the assessment of each country, which takes a look at several criteria. The criteria include the immigration issues of a country like asylum claims and violation rates, the integrity of the travel documents of a country, security and safety issues, bilateral relations, border management and human rights.

He also pointed out that Canada’s decision to remove the visa requirement is even more enhanced by the improvements made to the asylum system of Canada, which will act as an effective deterrence against baseless asylum claims.

Particularly, as Czech Republic is a designated country of origin, processing of asylum claimants from the Czech Republic will be done more swiftly, and people who are rejected will be removed from Canada in just a few months.

Otto Jelinek, the Canadian Ambassador said that for both Canada and Czech Republic, this is great news. Jelinek added that by making it simpler for Czechs to visit Canada, the country is increasing the already close economic and cultural ties that exist between both the countries.

Committed to the secure and free movement of people between European Union (EU) member states, Canada will keep working in tandem with all member states, added Alexander.