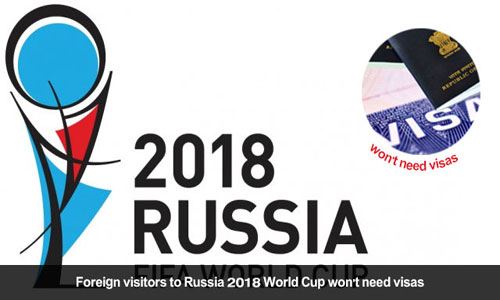 Russian President, Vladimir Putin, has announced that foreign fans and participants of the next foot ball World Cup, to be held in Russia in 2018, will be authorized to visit the country without visas right before and during the competition.
The President said that a federal law building special visa rules for overseas nationals, who will help arrange the world cup, will allow official participants such as coaches, athletes, referees and others along with fans to travel to Russia without a visa.
Football championship history has never seen anything like this earlier, he added.
comments powered by Disqus