Share
The Vice President of the German service for Academic Exchange (DAAD), Dr. Joybrato Mukherjee is looking very positive about the rising number of the Indian students going to Germany to pursue higher education in Germany.  He was part of the delegation that was accompanied by the German Chancellor to India last week.
In the year 2014-15, a record 23% growth was seen in the Indian students’ numbers who came to Germany for pursuing education. With a total of 11,860 students enrolled in the universities here. 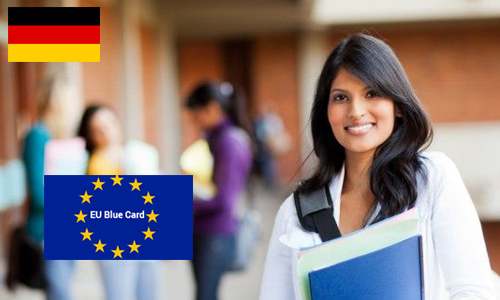 DAAD is a combined organization of the German Institutions of student bodies and higher education. Dr. Mukherjee became the youngest president elected of a university in Germany. He said that the great acceptance of education system of Germany has been showed by the Indian students, which is different from the US one. German education system has many advantages that the students from India are open to, and equal emphasis has been put on the social sciences and technology.   Besides, higher education institutions in Germany are funded publicly with all the students, including those from the foreign countries pays smaller on no fees.
According to Dr. Joybrato Mukherjee, top quality courses are available in the STEM stream (Science, maths, engineering, and technology)in Germany. Most of these courses are offered in English, are attracted by the Indian students in a long term with the opportunity of doing the job after the education.
According to him, the blue card scheme of the EU, which permits residency while working, for the non-EU citizens who have qualification and a distinct level of lowest salary with the yearly gross salary of about 47,600 and 37,128 in occupations with the shortage, is attracted by many Indian students in areas like maths, engineering, natural sciences, IT and medical science.
A lot of professionals from India who graduated with maths, engineering, science and technology degrees in India look out for the opportunities in the job market of Germany. According to an immigration lawyer who is based in Mumbai.
For More Immigration News & Updates Follow Us @Facebook
comments powered by Disqus