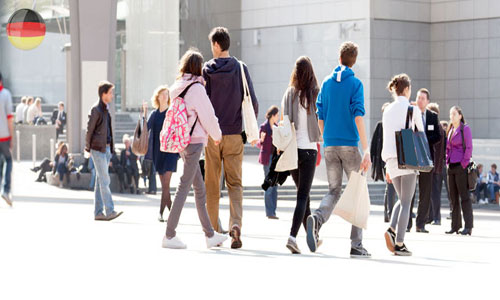 With the rise in demand for skilled workers in the country, the existing government of Germany has all set to welcome a number of skilled professionals from across the globe. As per the new study of the country, Germany is anticipating to welcome nearly of half a million individuals for each year for 35 years. As per the new records of Bertelsmann Institute, in the coming 15 years, nearly half of the German labors will give up the work and become pensioners. Thus, the country without the right skilled workforce would see a biggest drop in the labor market by 2050 from 45 million to 29 million.
Thought the retirement age has been increased, and the women who are working in the country are equal to men, this problem will not get solved soon. But few of the concerned sources of the country reveal that further robotization and digitalization of the production process would easily solve the issue. According to the latest statistics of the country, around 429,000 overseas applicants entered the nation in 2013 and 470,000 in 2014.
Almost 25,000 of non-European immigrants who have arrived the nation in 2013 are job seekers and the remaining are striving hard to undertake their higher education or join their dear ones. Few of the respective sources state that this immigration level is sufficient enough to keep the labor force stable. However, this is not anticipated in the retirement of experienced professionals. Thus, almost 600,000 overseas professionals need to immigrate to Germany a year to keep its system steady.
One of the well-known members of the Bertelsmann Institute Board noted that Germany cannot purely depend on the European Union immigrants, therefore proper measures need to be taken to grab the attention of more overseas workers. Moreover, few of the concerned representatives of immigration department are anticipating to make major amendments in the immigration law to invite more qualified non-EU nationals.
For More Updates Follow Us @Facebook
comments powered by Disqus