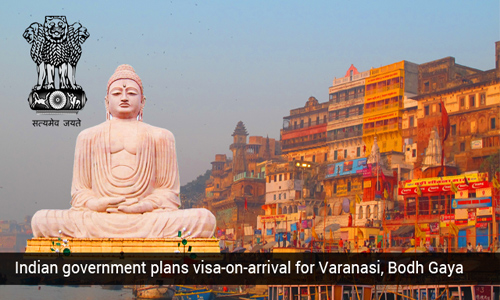 Indian Government is working towards offering visa-on-arrival facility for European and western countries to the tourist places of Bodh Gaya and Varanasi.
Minister of culture and tourism, Shripad Naik said that Indian ministry is in contact with other ministries for implementing the measures at an early period.
The minister has announced special plans to develop the city of Varanasi as a major tourist destination for foreigners as well as domestic travelers.
An amount of INR 70 crore ($12 million) will be spent additionally to promote tourism and the tourism department would spend INR 12.5 crore for beautifying the railway stations, he added.
comments powered by Disqus

More than 50% support from US Voters for Clinton, in Latest ...

UAE Expands Visa Amnesty Program for a Month: Thousands of I...