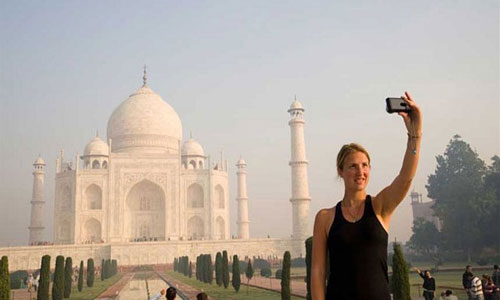 According to the last year's TTCI (Travel & Tourism Competitiveness Index) of the World Economic Forum, India holds the 11th position in the Pacific and Asia region and stood in 65 position among 140 nations in terms of tourism competitiveness.
The Tourism Minister, Mahesh Sharma said in a written reply that making the grade of India in the Result Framework record 2013 of Tourism Minister for 2014-2015 from 65 to 62 was the chief target. He said that the government of India had taken steps to promote tourism and development which included infrastructure creation. A total of 500 crores had been set apart to accomplish this task, with the setting up of 5 tourists circuits across special themes.
The VoA (visa-on-arrival) for tourists was empowered with e-travel approval and initiated on 27 November for citizens of 43 nations including Germany, U.S., Russia and Israel.
For More Updates Follow Us @Facebook
comments powered by Disqus