Share
Migration experts had rejected the proposal of selling the visas that charges around $40,000 for every application and also intends to increase money for Treasury to finance tax slashes and to benefit the economy of the country.
The idea was given by Liberal Democratic Senator David Leyonhjelm, who told that $7.5 billion can be increased from sale of permanent visas and government can also offer loans to the applicants. 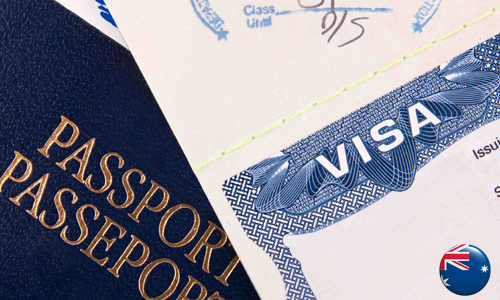 But it was not the popular policy as it was already rejected by Productivity Commission and now the Australian Migration Institute had also told that it is not going to favour any such move.
Earlier Leyonhjelm gave suggestions that it can finance the tax cuts and can also address the shortage of skills in the regional areas by motivating the communities to sponsor the migrants who are skilled in exchange for labour.
He told that in current years, individuals from the poor nations had paid thousands of dollars for getting the Australian visa and had also risked their lives to get here. Australia can offer loans in the similar way that we tender loans to poor students,  placing the value on the immigration would also encourage immigrants who are hard working and produce greater receipt of them.
According to the national president of MIA, Angela Chan, the Australian Migration Institute had strongly opposed the proposal by Senator Leyonhjelm for allowing people to migrate to Australia on the basis that they would need to pay excessive amount of their visas.
Other recommendations that are supported by the Australian Migration Institute are enhancing help to the partners of migrants with skills so that they better understand the job market of Australia and acquire job and eliminating the needless blockade to the labour market integration of the immigrants like improved processes for having their legal qualifications recognized in Australia. MIA also supports enhancing the targeting of visa to areas of genuine shortage of skills.
According to Chan, skilled migration, humanitarian migration and family reunion had been the keystone for the migration policy of Australia that had always attempted to be fair and evenhanded for ensuring the best results for Australia.
MIA is not supporting the elimination of stream related to investor visa.  Chan told that this category still permits for the little number of people who seek t o contribute positively to the economy of Australia for continuing to do so.
In the weeks to come, the MIA would be reaching out to its members for compiling its submission for concluding report which is expected to come out in March 2016.
For More Immigration News & Updates Follow Us @Facebook
comments powered by Disqus

Indo - US groups calls for campaign on the immigration issue...