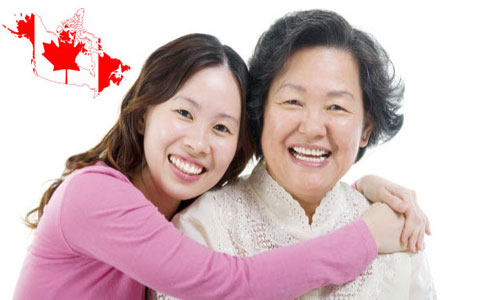 The coming year will see new doors being open to the existing Canada immigration policies. The option for parents and grandparents to settle in Canada is on the cards and slated to begin from early next year. Under the Parent and Grandparent Programme (PGP), people who fall under this category and are related to Canadian citizens and residents, are eligible for Canadian residency and possibly, citizenship too.
This program was closed since the past nine months as the application slot was filled within a week for this year’s requirement. There were close to 5,000 applications within the first week of February itself.  No details about the 2015 program have been revealed yet. However, prospective applicants are advised to keep their files ready for submission so that as soon as the programme is launched, you don’t find yourself left out.
The Canadian citizen or resident who is the sponsor must be at least 18 years of age, with a minimum essential income that should be demonstrated for a period of three years prior to application and finally, should take care of the family for at least 20 years, if required.
The Citizenship and Immigration Canada (CIC) has accepted applications till 4 November 2011 because of a backlog and long processing time. It is now slated to pursue an action plan for quicker Family Reunification. In the meantime, a separate option was developed called Supervisa Programme. This enables the grandparents and parents of Canadian residents and citizens to apply for visitor’s visa for two years and extend it to ten years later.
comments powered by Disqus