Share
Earlier this year, the US government revealed that Indians students studying in the country dropped by around 19 percent between 2016 and 2017. Well, they have got a better news to share as Joseph M Pomper, Minister counselor for consular affairs, US Embassy in New Delhi, confirmed that the United States saw a 12 percent growth between 2017 and 2018 fiscal year admissions. The 2018 fiscal year is yet to be over. 186,000 Indians enrolled across 4,500 universities and colleges in the United States in 2018. India is the second source country for international students after China. 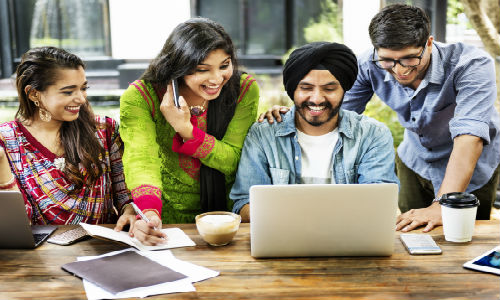 Like usual, 72 percent studied in STEM subjects, six percent studied in physical and life sciences, three percent in health-related subjects like nutrition, speech therapy, and physiotherapy, two percent studied in social sciences subjects, and one percent studied business. Around 56 percent students opted to go to the United States for studying at graduate or master’s level, and 11 percent went for undergraduate study. Pomper said that quality of students applying for an F1 visa is exceptionally high. He advised future students to check Education USA portal for guidance in international education.
STEM subjects the most popular
Maya Sundararajan, co-founder, United States-India Educational Foundation, said that there had been a 15 to 20 percent increase in Indian students enquiring about programs in the United States and most of the inquiries are in the STEM (science, technology, engineering, and mathematics) subjects. She also said that many students are increasingly taking an interest in astrophysics. Other courses students are highly enquiring about are basic science, biochemistry, and engineering management.
Students should make sure to do their research properly because they can’t afford to make a wrong decision. And that is why it matters which country you go to. Pomper advised students not to submit fake documents while applying for the visa as it might lead for them to be banned from studying in the United States.
For More Immigration News & Updates Follow Us @Facebook
comments powered by Disqus