Overseas students can be removed from the official migration numbers; this was indicated by George Osborne. He also indicates that in the move that will witness the fall in the migrant numbers in the UK but can lead to the allegations that the UK government is trying to massage data.
In an attack on the policy briefing of Theresa May, the Chancellor told that the people are concerned about permanent migrants and recommended the tactic behind the figures must be modified. 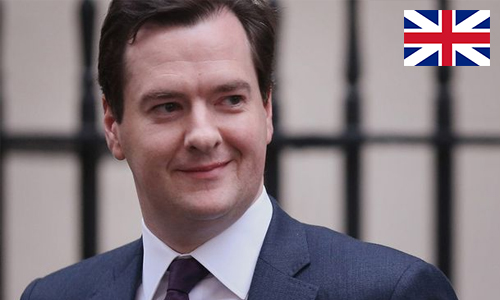 He also strikes down the proposals that have been made by Mrs. Theresa May for the strict tests for language and bigger savings needs for the applicants of student visa , saying they was no policy of the government and will not take place.
It an indication of climax of the long running war in the Cabinet, on the issue whether the students shall be classified as the migrants and should be part of UK government target of minimizing the net migration to underneath one hundred thousand.
Mr. Osborne is also backed by Sajid Javid, who is the Business Secretary whereas Mrs Theresa May had been gradually more isolated over this issue.
The comments was welcomed by the different business groups and they are the major enhance to the Vice Chancellors who had complained that the policy of the  Home Office was costing them millions of pounds in the fee income.
In the autumn statement, it was announced the plans for increasing the student migration by 55,000 by the year 2020, a move which is valued as I billion pounds.
It was also announced that the dependent relatives of the post graduate students will have all the rights to work in the UK for attracting the most excellent talent.
Mr. Osborne told that the present way the UK is calculating its number of migration, but talking about the UK government’s commitment on minimizing the migration, it looks like it is striking the public chord and has the sympathy of public but it’s actually minimizing the permanent migration to the UK.
He said that he supports the work of the Home Office of closing down the fake colleges and end the exploitation of the student visa for the individuals who seek work. The objective of the government is promoting the legal study for those who seek to study in the UK and to support the universities that wish to raise their student numbers.
The Home Office floated the plans of increasing the cash in bank overseas post graduates should prove that they had before visiting the UK. It has also suggested that the strict language tests for the students.
He asked about the figures that are cited by Mrs. May, claiming to show that over 90,000 students visit the UK every year than leave, was correct.
He was speaking after a former senior aide to Mrs. May, Nick Timothy, had accused Mr. Osborne and Mr. Javid of the campaign to weaken the immigration control by removing the students out of the figures of immigration.
During the hearing, Labour MP, John Mann said that the UK government was depending on the additional one million migrants to visit to the UK between this year and the year 2020 for delivering the 10 billion pounds excess on the public accounts Mr. Osborne wishes.
The treasury documents recommended that it is expecting more 1.34 million jobs to be created between this year and the year 2020.
For More Immigration News & Updates Follow Us @Facebook
comments powered by Disqus