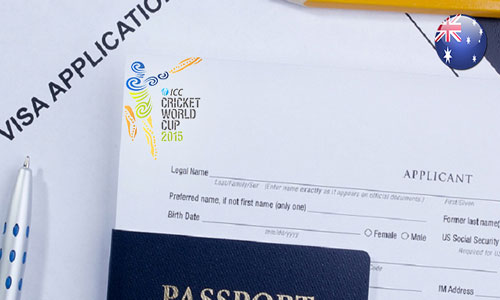 High commissioner of Australia, Patrick Suckling revealed that they have witnessed a steady rise of 50% in visa requests count from India in January with the beginning of Cricket World Cup on 15 February. The concerned authorities of the country say that they have attained nearly 12000 visa applications during January month from Indian citizens. With the initiation of Cricket World Cup tomorrow, the country is going to see a huge demand and interest from Indian travelers.
Reportedly, the country’s government has planned to provide joint visa facility of New Zealand and Australia as a new offer from 26 January to 5 April. After 23 years, both the nations have planned to host the event. India is about to play four group games in Australia and the remaining two in New Zealand. During the period of 14 February and 29 March tournament, New Zealand is anticipating 10,000 Indian citizens.
With the availability of joint visa, Australia has seen a steady rise in the figure of Indians for World Cup. High Commissioner of New Zealand, Grahame Morton is anticipating around 10000 travelers for the Cricket World Cup.  Previous cricketer of New Zealand, Morton noted that their citizens will get disappointed if they don’t win or do well in the competition.
For More Updates Follow Us @Facebook
comments powered by Disqus