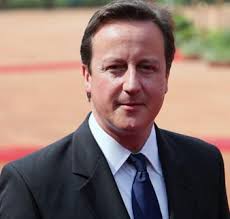 David Cameron, Prime Minister of UK will be holding talks with Angela Merkel, the German Chancellor, who will be on an official visit to UK this week, in regards to implementation of newer migration rules in Europe .
The Prime Minister is willing to get associated with the counties, seeking to change certain rules on free movement of the people in the EU (European Union)
Mr. Cameron is hopeful that Mrs. Merkel, leader of the most powerful nation in the European Union will extend her support to his objectives during her visit to UK on Thursday.
Her visit to the country is seen to be helpful for building a stronger alliance between the two leaders.
At the invitation of Mrs. Merkel, the Prime Minister will have to travel to Germany next month, to host a business fair as a prospective sign of building further ties between the two leaders.
Mr. Cameron is expected to seek furtherance of the reforms towards more reforms regarding free movement people of EU in the EU. Presently, according to the rules in place, citizens can move within the European Union to work without a visa.
Britain has found that many citizens of the other EU countries are misusing the free movement policy in UK. The citizens are visiting UK not to work but just to claim benefits. Britain is concerned about this and has expressed its concern to the other countries.
The commission of Europe has been very furious about Mr. Cameron’s suggestion to limit the rights on the free movement of its people. It has accused Britain of becoming a very offensive country. The commission has also said that without the support of the German government, the present rules of European Union migration would not be possible.
Mrs. Merkel, is under pressure domestically on immigration. This being so, the British sources are hopeful that she will be willing to support more strict rules on  when the immigrants can claim the benefits.
Mr. Cameron is suggesting that strict controls over migration have to be introduced when any new country joins the European Union.  Mrs.Merkel is believed to be willing to accept the U.K. Prime Minister’s suggestion.
comments powered by Disqus