Share
On Tuesday, the Justice Department of the US announced that it will ask the Supreme Court to consider President Obama’s long delayed immigration repair that will allow around five million migrants without the documents to reside in the US.
The series of changes vary from the temporary protections for the extended group of unauthorized young individuals (extended DACA) and the parent of the US nationals and the legal residents (DAPA) to modernizing and streamlining the process of visa application, to latest guidance to improve prioritize the immigration agencies use of their restricted enforcement resources. The programs will permit millions of immigrant families to stay in the US without the fear of deportation and apply for the work agreement permit for three years period with the possibility of renewal. 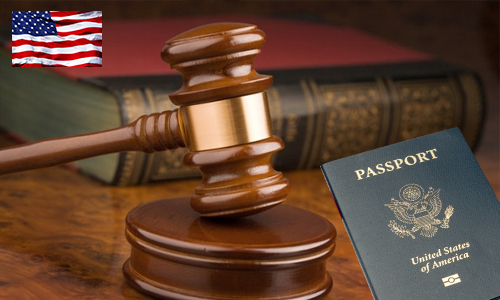 The Department of Justice wishes the Supreme Court to reverse the ruling on the immigration order by President Obama.
Recently, the appeals court had decided in the favor of Texas and other states challenging the executive actions of 20th November 2014.
The initial phase of the executive action of the President Obama on the immigration changes was expected to start in the month of this year’s February. An appeals court had held the decision on 9th November and the government is expected to file its Supreme Court appeal at any time.
There are around 26 states which are looking for blocking the DACA and the DAPA extension programs.
The Supreme Court decides by the month of January on whether to accept the case for the term expiring in the month of June, but it can act soon.
And if the Supreme Court agrees to hear the argument, it can re introduce this issue in the next year’s presidential election in which the immigration is the main issue.
Dozens of leaders, many of them from the states and cities led by the Democratic leaders have filed the briefs for supporting the position of the administration.
For More Immigration News & Updates Follow Us @Facebook
comments powered by Disqus