Share
Tourism Minister, Republic of Bulgaria, Nikolina Angelkova, informed while addressing a press conference that they are in the process of discussion with the Bulgarian Foreign Ministry to come up with six more visa centers in India. 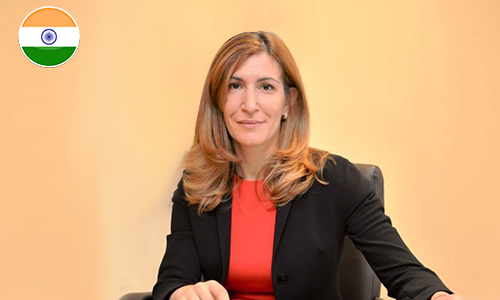 According to the Minister, they are at an initial stage of talks, and the Bulgarian foreign ministry has favored our demands. And we are looking forward to open visa centres in Mumbai, Delhi, Kolkata, Amritsar, Chennai and Bengaluru by the end of the year 2016. She also said that they are aiming to facilitate the process of visa and also aims to increase the tourists arrivals in from India to around 3,00,000 in the coming five years.
From the start of this year till the month of September,  about 7000 travelers from India were welcomed in Bulgaria.
The Minister also said that the other key concern for the Board of Tourism is the direct flight connectivity to the cities in India.
The delegation was led by the Bulgarian Tourism Minister met with the Tourism and Cultural Minister with Independent Charge and Civil Aviation Minister of State, Govt. of India, Dr. Mahesh Sharma. They had discussed about the requirement of changing the Agreement of Air Transport which was signed in the year 1992.
The Bulgarian Tourism Minister informed that they are working on the same issue, and they are discovering the alternatives of direct connectivity to the Indian cities and also aims to make the Sofia Airport a major aviation hub for the travelers from India going to the US and the UK. She also confirmed that by the next year they are also hopeful of inaugurating a minimum of one direct flight.
The Tourism Minister also said that they are already in discussions with the boards of tourism of countries like Romania, Greece, and Turkey for the mutual promotional campaign and marketing in India. Working on with the process of creating awareness about Bulgaria in India, she also confirmed the hosting the tours for both business and media next year.
For More Immigration News & Updates Follow Us @Facebook
comments powered by Disqus

Processing time now less than a year for Spousal or Common l...