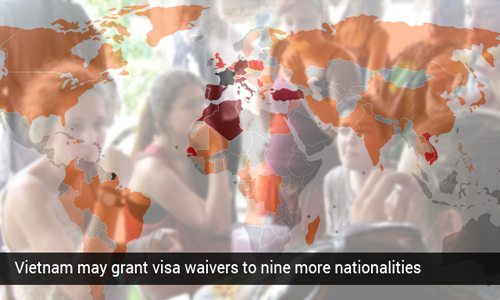 With several requests reaching Vietnam’s immigration department over visa waiver programme, the high command is reportedly all set to extend its visa waiver programme for nine other countries including India. The other countries that are likely to be included in this programme are: Germany, UK, France, Italy, Spain, Australia, New Zealand and Canada.
As reported by Tuoi Tre newspaper, Ministry of Culture, Sports and Tourism besides Ministry of Transport made the proposals in a bid to boost the tourism of Vietnam.
Earlier, several surveys that were conducted by Vietnam National Administration of Tourism (VNAT) on the amount of time and money that foreign nationals are spending in Vietnam have revealed interesting facts.
The surveys said that Western European nationals comparatively spend more money and time in  Vietnam. The surveys even stressed that international tourists (on an average) spend at least $1200 per trip.
The department of culture, sports and tourism apparently believes that visa waiver programme would be helpful in attracting more visitors from these countries, which would be contributing to the country’s economic growth.
comments powered by Disqus