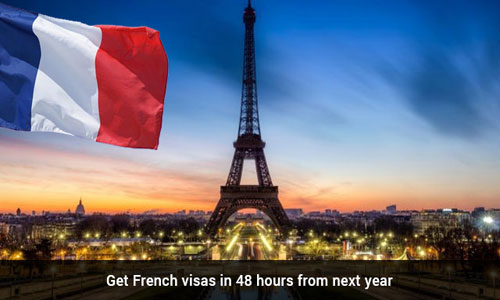 Francois Richier, French ambassador to India, has announced that France will issue tourist visas to Indians within 48 hours with effect from 01 January 2015.
Richier has told that the decision to accelerate the processing of visas reveals that France is committed to strengthen the relationship between both the countries.
France constitutes 80,000 Schengen visas granted to Indians annually out of the total 488,000 Schengen visas. Out of more than 83 million tourists, who visited France last year India has accounted for more than 300,000 visitors.
France also hopes to launch a mobile application named as Chalo Paris to aid Indians willing to travel to the country. This application will consist of functionalities such as transport, restaurants, translators etc.
comments powered by Disqus