Share
There were consultations of the Ministry of Business, Innovation and Employment regarding a plan to reduce the deficit.
Organisations belonging to the Hospitality industry were not in favor of the proposed changes and also made a submission to RNZ. They were worried, regarding the inability of the government department   in managing the costs in an effective manner. 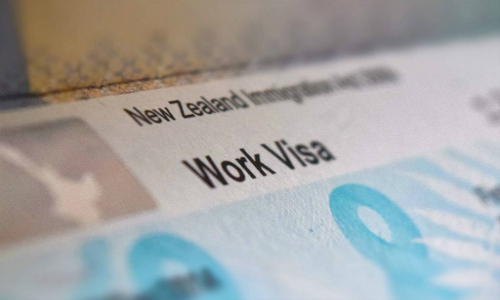 Hospitality NZ also represented that their industry has a demand of 10,000 additional restaurant and cafe staff. This was an expectation for the next two years. Additionally the   people of New Zealand, possessing necessary skills, for filling up these posts, were not enough.
Negative impact
In case the ministry planned to increase working visa fees, by a steep 54 percent, the measure would impact migrant workers, from   reaching New Zealand.
Marisa Bidois, CEO, Restaurant Association said that nearly all 2000 member constituents had opposed this measure. This would intensify as well as increase the pressure on the tough work recruitment market of the industry. Many members believe that such an increase would serve as a deterrent to the migrant workers reaching New Zealand.
An unexpected shortfall
The proposed increase in visa fees is the result of accounts of Immigration NZ showing an unprecedented deficit totaling $43m. This is happening even after investing $140m in technology initiatives for  making visa processing online.
The authorities use a user-pays system, and have lost $20m from work visas  last year. This means that  the price paid for them did not   cover the cost of processing them.
The causes
In a Cabinet statement, Immigration Minister Iain Lees-Galloway feels that the increase in migrant trafficking and exploitation were responsible for this increase in visa processing costs. The checking and verification is presently  becoming  rigorous, and hence is taking a long time.
Greg Patchell deputy chief executive Immigration NZ said in case there was no technology investment, the loss in the accounts would have been big. Furthermore, this proposed increase on visas would be still higher. The changes actually make the processing of visas more efficient. Mr Patchell also said that the increase in pricing would not reduce the processing times.
After these changes, the working visas will cost $580 each, whereas presently they are $370. Additionally there are other changes also   like increasing the cost for employers to get Immigration accreditation from 20 percent, which will help to balance the Immigration NZ's account in three years only. The increased prices will remain low at the international scale. NZ is on par presently with Canada, but lower than Australia or the UK.
The future
The Parliament will cast a vote on spreading out the changes in three or five years. Visa fees generally undergo a review every three years.
For More Immigration News & Updates Follow Us @Facebook
comments powered by Disqus