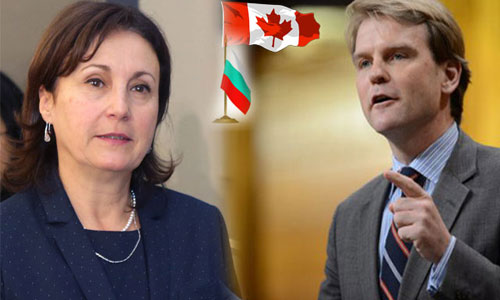 According to Christopher Alexander, Canada’s Minister of CIC, they were working towards building a visa-free rule with Europe, especially with Bulgaria. Alexander elaborated on the issue, saying that it could be scrutinized in a year’s time. Discussions were carried out between both the country’s ministers regarding the good practices in Canada’s policy related to migrants’ immigration.
These key elements included economic logic, presence of hospitable local community and public support which helped in the easy integration of immigrants in Canada. The Bulgarian Deputy Prime Minister, Rumyana Bachvarova also had a meeting with Steven Blaney, Canadian Minister of Public Safety. In her words, she stressed on the efforts and steps that were taken by the government of Bulgaria in order to have border control and fight against overseas fighters. She also visited the Canadian parliament to attend a luncheon with a friendship group from both the countries.
For More Updates Follow Us @Facebook
comments powered by Disqus