Development in the international education 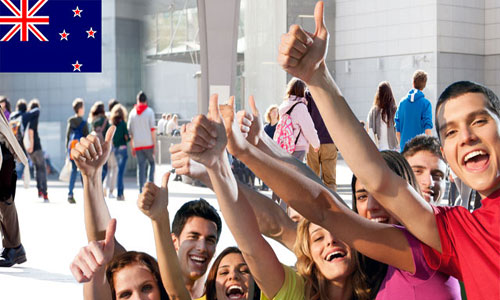 The Figure of the foreign students who have enrolled to pursue their studies in New Zealand has increased in the last year by 13% as the topmost level since the year 2004.
Steven Joyce, the Tertiary education minister stated that the figures of enrollment for the whole year 2014, has shown that 110,198 foreign students have been educated in New Zealand 13,091 which was higher than in the year 2013.
He stated that this has been a great result for the providers of education throughout the nation. Most of the students have led to the economic contribution which is high to the providers of the education and also to their communities.
Currently, there are more foreign students who are developing an in-depth understanding of New Zealand and making the links with the New Zealanders. The students who are studying alongside from the Shanghai to the Sao Paulo help in preparing the kiwi students for working in a globalised world which is increasing.
There was a greater level record of growth in the level of the postgraduate enrolments 18% up at the providers of the publicly funded tertiary. Enrolments of the master’s level, has been increased by 23% and the enrolments of the doctoral level has been increased by 7%.
The income of tuition fee, from the foreign students who pay the whole fee has been raised by NZ$129 million students to the NZ$884 million, up to 17%.
He also stated that the agencies of the government have been working together in order to ensure the standards of the provider remain at the higher levels appropriate and we also need to ensure that there is sustainability in the growth.
Joyce stated that, the requirements of English language, for the foreign students have been strengthened by the (NZQA) New Zealand Qualifications Authority.
The changes exactly mean that the foreign students from the other countries holding a student visa rate of approval, which is less than the 80% must sit a test of English language which is recognized internationally to demonstrate in a clear manner that they have the required skills of English to successfully study in New Zealand.
The fifth largest industry of export is the foreign education which is contributing about NZ$2.85 billion annually to economy supporting more than the jobs around 30,000.
For More Updates Follow Us @Facebook
comments powered by Disqus

Ireland has witnessed increase in tourists arrivals from Ind...