Share
Government of India has decided to decrease the e- tourist visa fees for its foreign tourists who arrive under the e-tourist visa scheme, which is highly successful and has facilitated 900 percent increase in arrivals of tourists. 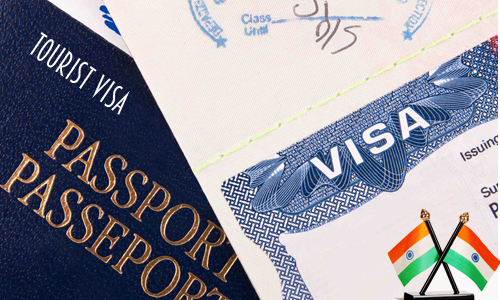 The e-tourist visa facility is extended to 113 countries, and its fee is USD 60. However many countries offer this visa to Indians at a much lesser fee. The amount of fee differs with some countries offering at USD 20, 35, OR 40 and some other countries charge no fees for a visa. India has been asked by many countries to return the gesture.
Upon External Affairs Ministry request, Home Ministry has already examined the possibility of reducing the fees for ETV, and it has decided to reduce the structure of the fees. Senior Official of Home Ministry said.
An official announcement s has not been made yet, but as per the information received, there is going to be four slabs of the fee between $ 40 to Nil. The ETV fee will be mutually based.
Under the scheme of ETV, an email has been send to the applicant with the authorization to travel to India after its approval and tourists can travel by taking a print out of this authorization copy.
Upon arrival, the tourists have to submit this copy of the authorization to the authorities of immigration who will then stamp for entering the country.
India’s ETV facility is offered to the citizens of 113 countries, and it is planning to increase the number to 150 countries till the next year’s March ending. Tourists can land in 16 selected airports across the nation.
As per the official estimation, total number of tourist arriving in India was 1,69,976 till this year’s month of August, which is 892.9 percent more when compared to the number of tourist who arrived last year which was 17,120.
The countries which tops the list with higher number of tourists arrivals availing this E –visa facility, are US with 25.93 %, Germany with 105, UAE  with 8.92%, France with 8.76%, Australia with 7.20% and Canada with 6.39%.
For More Immigration News & Updates Follow Us @Facebook
comments powered by Disqus

India stood at second place in sending overseas students to ...

Germany is obstructed by its cultural habit despite of flush...