Share
Indian Prime Minister Narendra Modi has expressed concerns over the sharp decrease in the Indian student numbers who come to pursue education in the UK and the problems that are faced by the students while they apply for the visas during his conversation with the British Prime Minister David Cameron.
According to the spokesman of External Affairs Ministry, the PM raised the issue related to the student visas very strongly. The PM told that the number of Indian students in the UK has dropped by 50% in the previous three years. 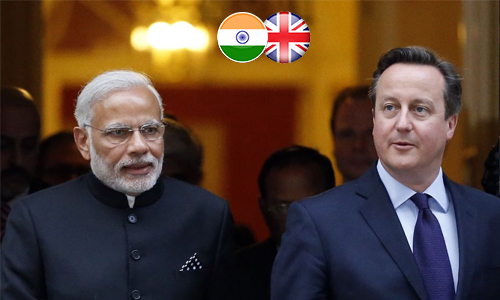 The Spokesman also said that the PM has urged that the students from India are among the brightest and best in the world, and it will be a win win partnership for the both sides.  India needs a quality education and the UK who are benefiting from the capability that the students bring from India.
According to the report by England’s Funding Council for Higher Education. The student numbers coming from India to the UK dropped from 18,535 in the year 2010-11 to 10,235 in the year 2012-13.
Universities has previously warned that the negative affect from the Conservative’s moves for minimizing the net migration is harming the recruitment of overseas students and calls for students removal from the figures of net migration.
The elimination of the post study work visa path that permitted the students to work for two years after completing their course had been viewed is one of the important off putting factors for the Indian students, who are choosing the destinations like Australia and the US over the UK.
For More Immigration News & Updates Follow Us @Facebook
comments powered by Disqus