No legislation on US immigration reforms until end of 2016

Share
The new speaker for the US House of Representatives, Paul Ryan, has ruled out any legislation on the immigration reforms until the nation gets its new president and end of the year 2016.
This is not going to be good news for thousands of Indians who are working or residing in the US or for those who are waiting for their Green Cards to get the permanent residency. 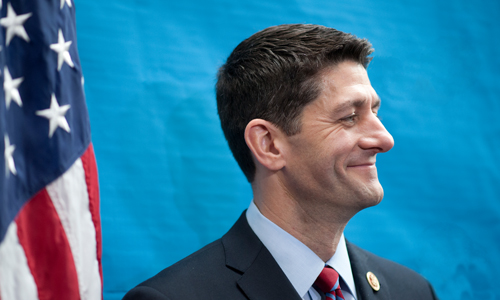 According to Ryan, they are not going to bring the legislation as they don’t trust on the issue.  Meanwhile, he did not decree out the reforms which are of less scope and less ambitious for improving the border enforcement and the interior security. But the bill for big reforms will not be out until the end of year 2016.
The bill for immigration reforms which was backed by the White House and was passed in the year 2013, stopped after falling through in Republicans controlled the House.
If the bill was passed by the Congress, the President was ready to sign to make it the law which would have touched every corner of the US immigrations.
It laid down the path for citizenship to the migrants without documents which are almost 11 million in numbers, many of them are from India, and most of them are Hispanics from the neighboring countries.
It was important for India as the provision for raising the annual limit on the H-1B visas for the overseas workers with high skills, mostly from China and India. Increasing the limit from 65,000 to 1,15,000 initially and then to 1,80,000.
The legislation had promised the better deal for the people who are waiting to get their Green Card, it is the category which include around one million people from India.
The immigration reforms will address these same issues, but with not all the same details, whenever they are again taken up, but not likely before the end of the year 2016.
For More Immigration News & Updates Follow Us @Facebook
comments powered by Disqus