Share
Around 763 invitations were sent after the 34th draw of Canada Express Entry was held on 18th May 2016. The results were announced by the IRCC with the cutoff score of 484 points. 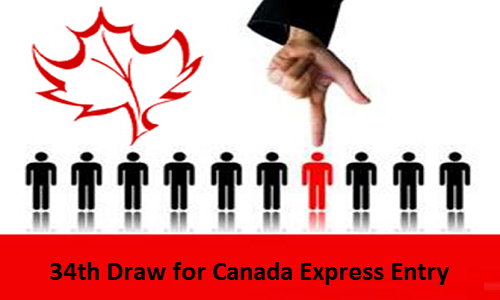 Points are given to the profile of the applicants using the CRS after they submit their profiles in the pool of Express Entry and these points are given based on the details they had provided in their profile and the profile with high scores gets selected and they are sent an invitation to apply for Canada permanent residency.
In the  33rd Express Entry draw that was held on 6th May 2016, around 799 invitations were sent with the cutoff score of 534 points. Comparatively, the cutoff score has remained less in this current draw but surprisingly, the invitations didn’t shoot up, they remain less in the current draw.
Previously, IRCC had said that the cutoff score would remain less and more invitations would be sent and they had also said that they are currently reviewing this Express Entry System.
Let’s hope for the best that IRCC comes up with some changes as they had told and those changes would bring benefits to many aspirants who seek permanent residency of Canada.
For More Immigration News & Updates Follow Us @Facebook
comments powered by Disqus