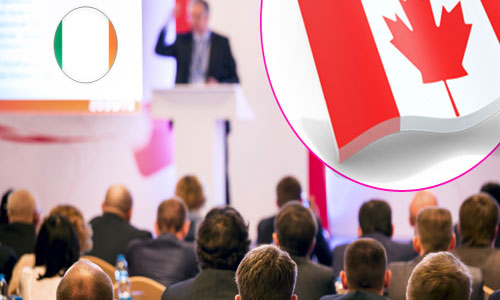 According to some news reports, the Canadian federal government has increased the quota for Irish workers twofold, and this was possibly done without checking on whether this action would result in hurting the Canadian workforce. Actually, not just with the Irish, Canada has an agreement, a ‘reciprocal youth exchange’ agreement with 32 countries in all, to bring in the youth and workers aged between 18 and 35 years from those countries into Canada.
The program and the visa which goes by the name ‘International Experience Canada’ allows anyone from a group of 32 countries, and aged between 18 and 35 years to work in the country for up to two years without having to undertake a ‘Labour Market Opinion’. Many of those who avail of this program are from Europe and Australia. Unlike in other worker programs where employer companies have to first advertise the job in Canada, and only if they are unable to procure well qualified and experienced workers, seek and hire workers from abroad, in the IEC program, the employer company can directly a foreign worker as long as he/she is from one of the participating 32 countries.
The IEC program and quota is itself subdivided into three separate streams which are termed as ‘working holiday’, ‘young professional’ and ‘internship/co-op’ sub-streams. According to Canada’s immigration authorities, this agreement and program are essentially/chiefly to promote and expand economic and cultural ties between the participating countries. But, it is also a fact that Canada has increased the quota number for Ireland in particular, which country is also one which employers look up to as a source for their workers. Also, another significant incentive to employers using this program is that they do not have to pay the prevailing market rate to the foreign workers hired under this program. This fact is a cause of concern, anger and heartburn for Canadian workers who are being displaced or not being hired, and instead the available positions are being taken by alien workers.
But, it is also true that while the quota for Irish workers gets filled, those of other countries like Australia and France do not get filled.
comments powered by Disqus

How the immigration policy of the UK is going to impact the ...