Share
Government of India today revised and reduced the visa fee for the tourists that are arriving under the Scheme of E –Tourist Visa. This scheme has facilitated a whopping 900% jump in the arrivals of the tourists to India.
According to the Union Home Ministry statement, the fresh rates would be applicable from 3rd of November, and it has been reduced in case of many countries. Government is set to revise the fee for E-Tourist Visa in four slabs of zero, 25 US dollars, 48 US dollars and 60 US dollars. 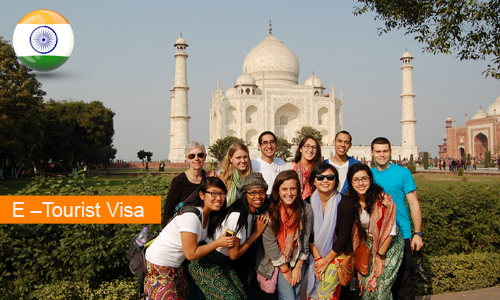 In a statement made it was also said that the E- Tourist Visa application fees is $60, and the bank charges would be around $2, which is the same for all the nations. The visa fee revision has been completed on the reciprocity principles. Even the bank charge has been minimized from $2 to 2.5% of the E-Tourist Visa fee. And there would be no bank charges for the zero visa fee.
Currently, India is offering this facility to the people of around 113 nations, and it has planned to increase the numbers to 150 countries by 31st March 2016. Under this scheme, tourists can land at 16 airports across the nation after the scheme was launched in the month of November previous year.
Among 113 countries which are included in this scheme, $60 fee has been fixed for the countries like UK, US, Russia, Ukraine and Mozambique.
86 countries will come under the slab of $48, some of the countries like Canada, Australia, China, Hong Kong, Germany, France, Brazil, Mexico, Netherland, Oman, Poland, Korea, Sweden, Spain, Palestine, Thailand, Taiwan, Tanzania, Philippines, Cuba, Finland, UAE, Malaysia, Indonesia, Israel, Jordan, Kenya and Portugal.
$25 slab of fee has been fixed for the countries like Sri Lanka, Singapore, and Japan.  There will not be any fee for some 19 countries like Fiji, Mauritius, Cook Islands, Argentina, Nauru, Palau, Papua New Guinea, Solomon Islands, Tuvalu, Tonga, Vanuatu, Jamaica, Kiribati, Marshall Islands and Uruguay.
The statement also added that apart from providing the gestures to the countries, it is also expected that the revised fees would help in boosting the nation’s tourism. Ever since the scheme that was launched on 27th November 2014, over 3,40,000 e-tourist visas has been granted as of now.
For More Immigration News & Updates Follow Us @Facebook
comments powered by Disqus