Share
The idea behind the designing of the programs for temporary work visas by the Congress was to bring overseas talent with specialized skills which would help the companies in the US to grow, create more jobs to boost the economy. But now some of the companies are importing the workers on these visas are helping them to move the jobs out of the US.
By this year’s end of June month, around 8 workers from TCS has produced some complicated manuals for jobs of around 67 people in accounts. The workers returned to India to provide training to the TCS workers to take over and perform the jobs there. The employees of the toy company ‘Toys R Us’ company in New Jersey, who were working for the company since a decade were also been laid off.
This H-1B temporary visa program allows the employers of the US companies to hire overseas professionals who have graduated and who possess higher specialized knowledge mainly in the science and technology streams. They sign a declaration that the overseas workers will not affect the conditions of working of American or decrease their wages. 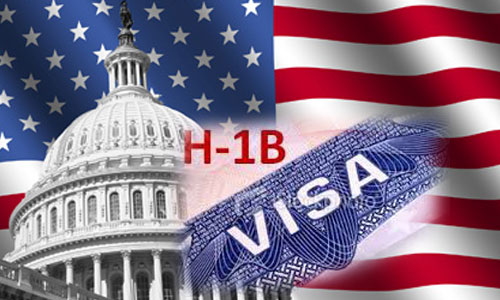 The global consulting and outsourcing firms in recent years have obtained temporary visas in many numbers to bring in the overseas worker who takes over those jobs that were held by workers of the US. The Department of Labor has started an investigation of the visa violations possibly made by the contractors at some of the companies where the immigrants have replaced the Americans in the jobs.
But the layoffs done by the Toys R Us Company and others who are now underway at the Life Insurance Company of the New York and some other businesses went further.  These companies are the examples of how they are making use of these temporary visas to import overseas workers who does not have exceptional skills for shipping jobs out of the US, mainly towards India.
In many cases, most of the American workers lost jobs that were positioned in technology sector. Employers also argued that was due to the advance skills shortage among Americans, but now many American workers who lost their  jobs were in the position of Accounting and back office Administration.  Although there is no shortage of qualified Americans, who can do that kind of work.
Although outsourcing firms who hires them says that they are careful in not violating any of the laws. But experts argued that the intent of visas is being let down.
Temporary visas are issued with a limit of 85,000 every year.  And as per federal records, in the previous five years many companies who received higher shares of H-1B visas are firms with global outsourcing, which includes Infosys, TCS, Accenture, and Cognizant.
The companies also uses another temporary visa called the L-1B visa which does not have yearly limit and it also allows the businesses to transfer their employees internally who possess advanced knowledge  from other countries branches to the offices in the US.
For More Immigration News & Updates Follow Us @Facebook
comments powered by Disqus

Get ready for the H-1B visas in this New Year

Australia to extend access to student loans to the eligible ...