Irish minister for jobs, enterprise, etc. concludes US visit on a positive note 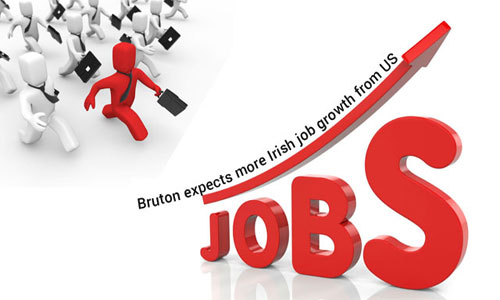 According to press reports, Ireland’s minister for Jobs, Enterprise and Innovation Richard Bruton has disclosed/declared that he expected about 6 MNCs to expand their Irish operations and thus create jobs running into hundreds. Mr. Bruton was in the US visiting Texas and the American mid-west. In Texas, he visited Houston and Austin. It was a 2-day trade mission to Texas. In the mid-west, he visited Indianapolis, Cleveland, Grand Rapids and Chicago. In all, his was a 5-day tour.
The visit to Texas was organized by ‘Enterprise Ireland’ and the trip to the Mid-west was arranged by IDA Ireland. In the mid-west region, he had 10 meetings with MNCs and most of them in the pharmaceutical, medical devices and technology sectors. The minister expressed his satisfaction that the companies and their representatives that he had met were very positive and optimistic about Ireland. He stated that this was reassuring and encouraging, especially because these companies were expanding/consolidating their operations in Ireland.
He stated that on the whole, about half a dozen companies were having solid expansion plans which would generate employment in hundreds. He also said that there were an increasing number of Irish managers in the US and this too was a positive development. There were also persons who had spent many years managing the Irish operations of their companies. And, the minister  noted that this too was a positive development.
Mr. Bruton was accompanied by 28 Irish companies and he took part in 14 meetings in all, in Texas, seeking to reach out to companies in the Oil and Gas sector. He also had a meeting with the governor of Texas, Rick Perry, who is credited with making the state of Texas a fast growing state as for as business growth is concerned.
comments powered by Disqus

UK industry's answer to the proposals from government for li...