Share
Dr. Datuk Noor Zari Secretary-General Tourism Ministry Malaysia stated that the tourists from India and China were among the top contributors to the tourism sector in the country. 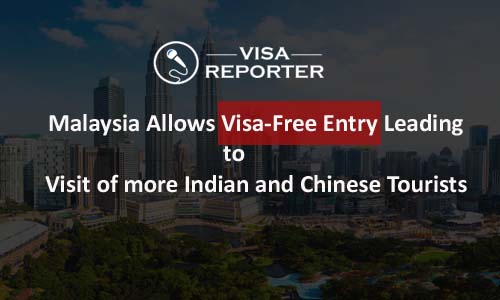 Also, the number of arrivals from India and China is expected to boost up, as the government has decided regarding providing free entry on a 15-day visa to Malaysia. The period is one year starting from January 1- 2020. Furthermore, tourists belonging to Singapore and Indonesia were the top arrivals that are followed by citizens of China, India and finally Thailand. The move of the government was on suspending the need for a visa for the next one year.
The number of tourists exactly from India and China will be announced at an early date next year. Also, the latest data sates that tourists from these countries are among the top five nations that visit Malaysia.
Malaysia aims to be the choicest destination for leisure and business and has kept the arrival target of 30 million tourists in 2020 beginning from Jan 1.

Impressive Performances in the Past

During 2018, Malaysia has welcomed 25.8 million global tourists, and in the January to September 2019; there were positive developments in Malaysia’s tourism. The overall tourist arrivals were 20,109,203 and their expenditure was RM66.14 billion.
The first campaign was launched in 1990 and its theme was Fascinating Malaysia a Year of Festivals which was successful and attracted 7.4 million arrivals with tourist receipts of RM4.5 billion.
VMY 1990 was a success leading to VMY in 1994. The theme was "Fascinating Malaysia - Naturally more in which 7.2 million tourists arrived and their expenditure was at RM8.3 Billion.
This was followed by VMY 2007 in combination with the 50th Independence Anniversary of the country and its theme was Celebrating 50 years of Nationhood.  It had the tourist arrival of 20.97 million and receipts worth RM46.1 billion.

In 2014, another Visit Malaysia Year had a theme of Celebrating One Malaysia Truly Asia that reflected the diversity in the unity aspect of Malaysia. There were 27.4 million tourists, and tourism expenditure was RM72 billion. The ministry has hope that the Johor Craft Festival can achieve a worth of RM7.5 million in craft sales with 135,000 visitors attending it. The aim of this Festival 2019 is to promote handicraft products to the locals and a goal of promoting apt national craft products for the Visit Malaysia Year 2020.
We bring all the trending news and our patrons can contact us.
For More Immigration News & Updates Follow Us Facebook
comments powered by Disqus