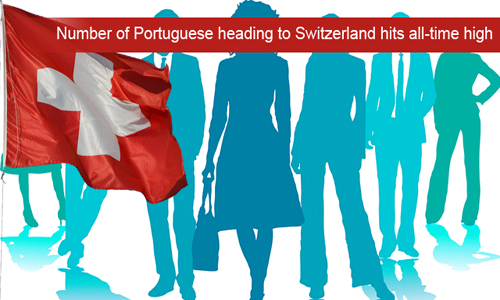 A record high of 13,000 Portuguese nationals have entered Switzerland last year, revealed a study conducted by Swiss State Secretary for Economy (SECO).
Since 2002, immigrant population in Switzerland has raised by 0.96 % every year. Approximately, 40,700 people a year immigrated to the country during 2002 and 2013 and in previous year alone around 66,200 immigrants have moved to Switzerland from European Free Trade Association (EFTA) and European Union (EU) surpassing the record of 61,200 immigrants in 2008.
In 2013, Citizens of Portuguese have accounted for 20 percent of net immigration from EU and EFTA nations, whereas 50% of the immigrants were from other nations such as Spain, Italy and Greece.
Switzerland’s foreign population was 1,949,000 people up to December 2013, an increase of 70,000 people when compared to an equivalent period of the previous year.
Germans and Italians constitute 16 percent of foreigners followed by Portuguese and the workers from these nations work majorly in the fields of hospitality, construction or agriculture.
comments powered by Disqus