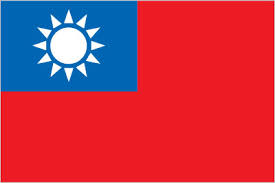 On 13th March, 2014, the Executive Yuan (executive branch of the Government of the Republic of China (ROC)), has officially agreed to the amendments made to the 3 drafts. This will extend the rights of the overseas nationals and their personal freedom.
Rights of Hong Kong, China, and Macao Immigrants are also included in the approved amendments.
The Legislature has been sent the bill for the prior amendments of 3 laws, first one being the Immigration Act, second one is the Act that regulates the relationship between the Mainland Area and the people of Taiwan area, and the third one being the Regulations and Laws concerning Macao Affairs and Hong Kong
Premier Jiang Yi-huah has told that he has made a request to the Mainland Affairs Council and the Ministry of the Interior to hold talks with the legislative assembly of the opposition and the ruling parties to pass the bills quickly.
The amendment to the draft of Immigration Act states that the foreign nationals who are waiting for deportation should be given an opportunity to defend themselves against any criminal cases. There is one such case already in the juridical process.
Additionally, according to the draft bill, anyone who is kept in the prison, his /her spouse, ancestral relative, sibling, or the legal representative, are privileged to place a petition against a decision of detention by the National Immigration Agency. The National Immigration Agency has to send the case to the court within 24 hours of accepting the petition.
he draft bill also states that the people from Hong Kong, Macao, China who stay in Taiwan beyond the validity of their resident certificate by lesser than 30 days, but yet have some valid reason for residence would be granted to apply again for their residence status without having to go out of the country.
comments powered by Disqus