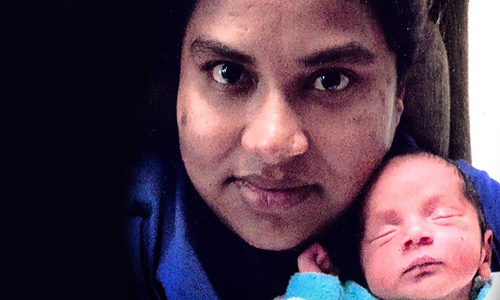 According to a news report, a baby boy, Ferouz, born to asylum-seeking parents from Myanmar (formerly, Burma) is embroiled in a case wherein the federal government is seeking to deport both him and his family (which includes his parents and two siblings) back to the Nauru detention centre. But, it is also true that it was the federal government itself which first shifted the family to a Melbourne hospital, where he was actually born. He and his family are ‘asylum seekers’ and were held in Naru’s detention centre, but baby Ferouz was born with a health condition in a Brisbane hospital in November after he and the rest of his family were transferred there from that detention centre.

His lawyers (Maurice Blackburn) are seeking to reverse the latest decision of the federal government (that of seeking to deport the whole family including the baby back to the Naru detention centre) by filing documents in the High Court. They are arguing that baby Ferouz was born in a hospital in Australia (Mater hospital in Brisbane) and that he did not arrive in hospital by boat. Their argument is therefore that he was born in Australia and thus has some ‘rights’ and ‘privileges’ because of that fact. On the other hand, the government simply insists that it considers baby Ferouz to be a Unauthorized Maritime Arrival (UMA), even though it is true that he was born in Australia and has a Queensland birth certificate.

The first step in the case began after he was released from the hospital and when his lawyers, Maurice Blackburn filed papers on his behalf, against the government’s intended action (that of deporting him and his family). The lawyer representing his case, Muray Watt, states that though the government has/had agreed to give Ferouz and his family a fair hearing, it still considers that any application for a ‘protection visa’ for the baby is invalid. He also added that this case is important and also has a larger bearing because it impacts the rights of all babies born in Australia to ‘asylum seekers’.