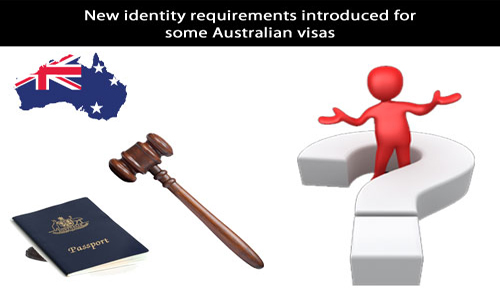 In Australia, new identity requirements have been introduced as part of the requirements for granting some particular visas. These identity requirements have been introduced for Public Interest Criterion (PIC) 4020, for a few Australian visas. PIC 4020 as a criterion is attached to numerous visas including skilled visas, student visas, business-related visas, family-related visas, or temporary visas.
Actually, since the year 2011, PIC  4020 has allowed visa issuing officers to refuse a visa to an applicant if he/she provides a fake/bogus document or misleading or wrong/false information with respect to his/her application. In addition, now, the applicant must now be able to convince the immigration minister concerned of his/her identity. If an applicant does not do so, then according to the new rules, the ‘ban for the applicant’ for getting a visa is for a period of 10 years. Also, there is no waiver allowed to the applicant for the ban upon showing any new information or document(s), as this ban cannot be waived.
Further on, if an applicant is thus ‘banned’, then his/her family members will also face a ban for the same duration of 10 years. And/but, the other criteria of the PIC remain the same, and these still need to be met to be granted a visa. These other rules pertain to providing false documentation in support of an applicant’s visa application. According to these already present/existing rules, such a thing would result in a ban of 3 years from applying for a visa in Australia.
comments powered by Disqus