Share
As per a new Gallup survey poll 26 percent of Americans who intend to leave the USA, want to move to Canada. In 2016 this figure was 12 percent.

Canada is a good choice 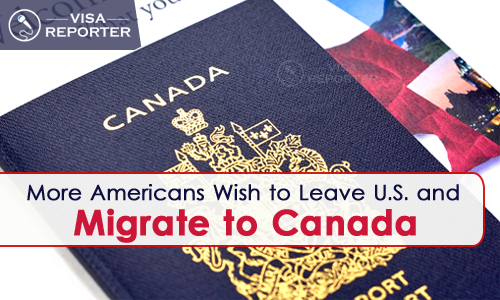 The Trump effect on migration demonstrates an increasing sense of political polarization. Before his assuming the office, the President was not a push factor among the Americans to migrate. Moreover, many American people wish to leave and migrate to Canada but there is less movement in actual numbers. Figures confirm that only 1,000 more American citizens received PR in Canada between Jan 2017 and March 2018 compared to the figures under President Obama.

In 2017, 1,012 more American citizens received student visas than the annual average of past eight years. The average approval rating of President Trump presently is 42.4 percent. There were extensive reports after the election of President Trump in 2016 that many Americans intended to move to Canada. Additionally, there was a significant increase in Google search traffic for ways to move to Canada when President Trump was sure of victory. Furthermore, there was an increase in traffic among colleges and universities in Canada. Finally, the IRCC website crashed on the night of declaration of result.
For More Immigration News & Updates Follow Us Facebook
comments powered by Disqus

Development in the international education