Share
Details
The Trump administration, as well as the American Civil Liberties Union, has revealed different plans, regarding reuniting many immigrant children with parents, who were deported after the families were forced to separate at the U.S.-Mexico border.
President Trump has put the burden on the ACLU, and has also asked it to use its substantial resources in finding the parents in El Salvador, Guatemala, and Honduras. The Justice Department said in the court regarding the State Department beginning talks with overseas governments on the measures to help in this effort. 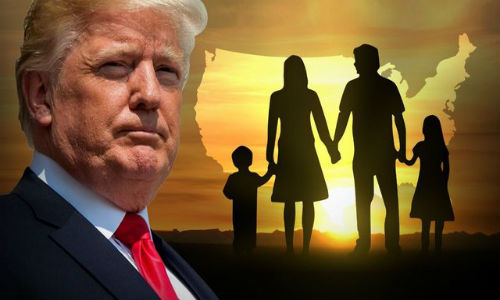 The ACLU,  suing on behalf of separated parents, made a call to the government to take effective and prompt steps. This must end  in finding the parents through its own efforts.
The Plaintiffs also clarified that they will take all steps in locating the deported parents. Additionally they emphasized that the government must find the parents.
Additional facts
This was the statement of ACLU blaming the government for this crisis. Furthermore it said that the administration had more resources.
U.S. District Judge Dana Sabraw, will take a decision on bridging these differences. The Judge has ordered that the 2,500 children must be reunited with their families.
On July 26, 431 children who had parents outside the country remained in the custody of the Department of Health and Human Services.
The ACLU stated that it requires great detective work to find contact information regarding deported parents, some of whom hide from persecutors.
The government has provided domicile addresses in U.S. immigration databases where there is no useful information on 120 parents.
The administration has asked ACLU needs to consult each deported parent for determining whether they wish to waive the right to be reunified with children. U.S. will work with overseas governments for completing the reunifications.
Additional proposals
The ACLU has proposed that parents, intending that their children be sent back home, should be reunited, within a week. Moreover, those who want to return to the USA to have their kids should be permitted in a humanitarian parole.
ACLU has made a request regarding specific details of phone number and copies of birth certificates and the services of volunteers to find the parents.
The government had returned 1,800 children to parents/sponsors who passed the eligibility norms of reunification.
Sabraw has also issued orders that the government has to submit updates in writing, signifying the plans, to keep a watch on the families who are still separate. In June and July, Sabraw had set deadlines for reunifying children under 5 and older with their families.
For More Immigration News & Updates Follow Us @Facebook
comments powered by Disqus

Indo - US groups calls for campaign on the immigration issue...